RegenWA was pleased to team up with our colleagues at The Gillamii Centre to present Building Biodiversity for Resilient Farming Systems Field Day at the Murray Wells property in Tambellup, home of farmer and ecological restoration specialist Wendy Bradshaw.

The day started with a live zoom session in the shearing shed, with Wendy talking to internationally recognised soil microbiologist Walter Jehne from his office in Canberra about the connection between biodiversity and rainfall.

With a busy schedule ahead, it wasn’t possible for Wendy to get through all her prepared questions with Walter, so a plan was made to reschedule the conversation and make it available as a video [see the link here].

Dr Nicole Chalmer (author of Ecoagriculture for a Sustainable Food Future) then spoke about the role of biodiversity in the farming ecosystem, and Kent Broad (Mitsui & Co.) provided an insight into the value of carbon and informed us on some of the current funding available for carbon farming projects.

The afternoon was dedicated to site visits across the Murray Wells property to see first-hand how Wendy and her family have used biodiversity to restore landscape functions and stability through revegetation, perennial pastures, drainage lines and shelterbelts.

The first site visit was a revegetated hillside saline seep, which is now covered in melaleucas, sea rush and other species which have expanded habitat values and stabilised excess water.

The next site visit was to a waterlogging-prone paddock where Wendy has established perennial pastures, focusing on summer active perennials to provide green feed during the traditional non-growing season to compliment the good mix of winter-growing perennials.

Other sites included an ironstone outcrop, which had been unproductive for crops or grazing which Wendy has revegetated to add biodiversity specific to ironstone habitat, and a paddock connecting remnant and revegetated areas to provide a shelterbelt for stock and habitat for beneficial species.

At the pasture site and shelterbelt site, Svetlana Micic (Department of Primary Industries and Regional Development) talked about her work looking at the impact of native vegetation on the flight of aphids and their natural enemies into cereal crops in Southern WA. The study found that crops adjacent to native vegetation may have less aphids flying into them if the native vegetation is free of aphid host plants.

This field day was presented by the Gillamii Centre and RegenWA.

Wendy Bradshaw explaining the outcomes of the revegetated hillside saline seep, which is now covered in melaleucas, sea rush and other species which have expanded habitat values and stabilised excess water. 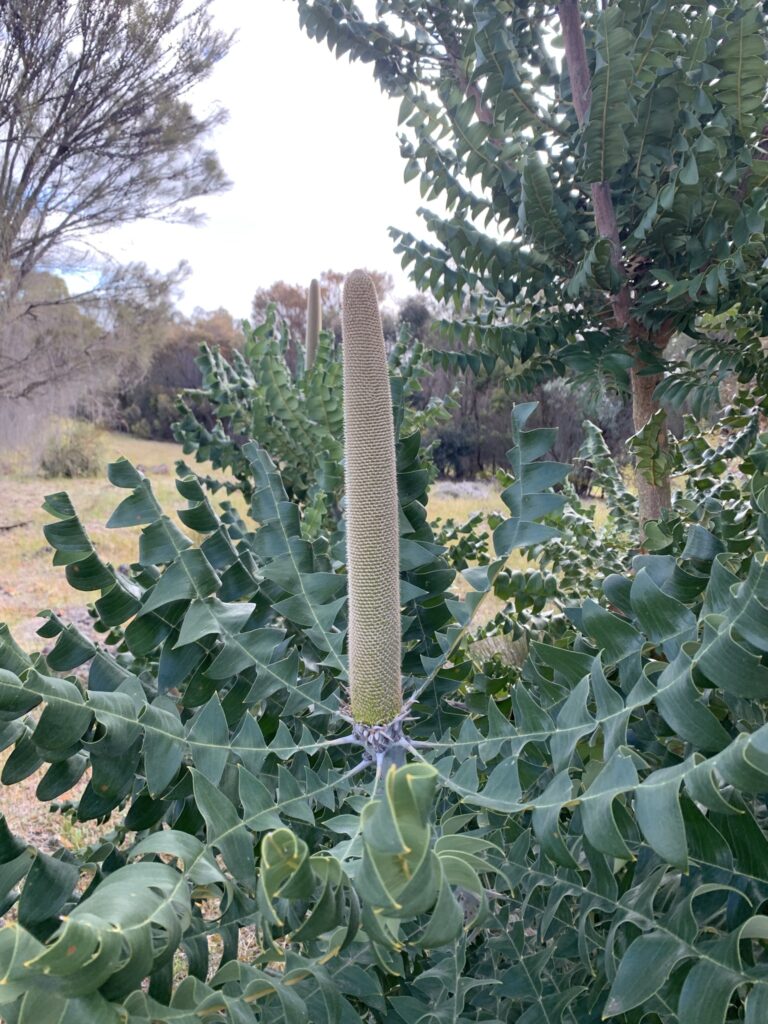 A magnificent Banksia grandis, commonly known as bull banksia or giant banksia on the ironstone outcrop which Wendy has revegetated to provide biodiversity specific to ironstone habitats. 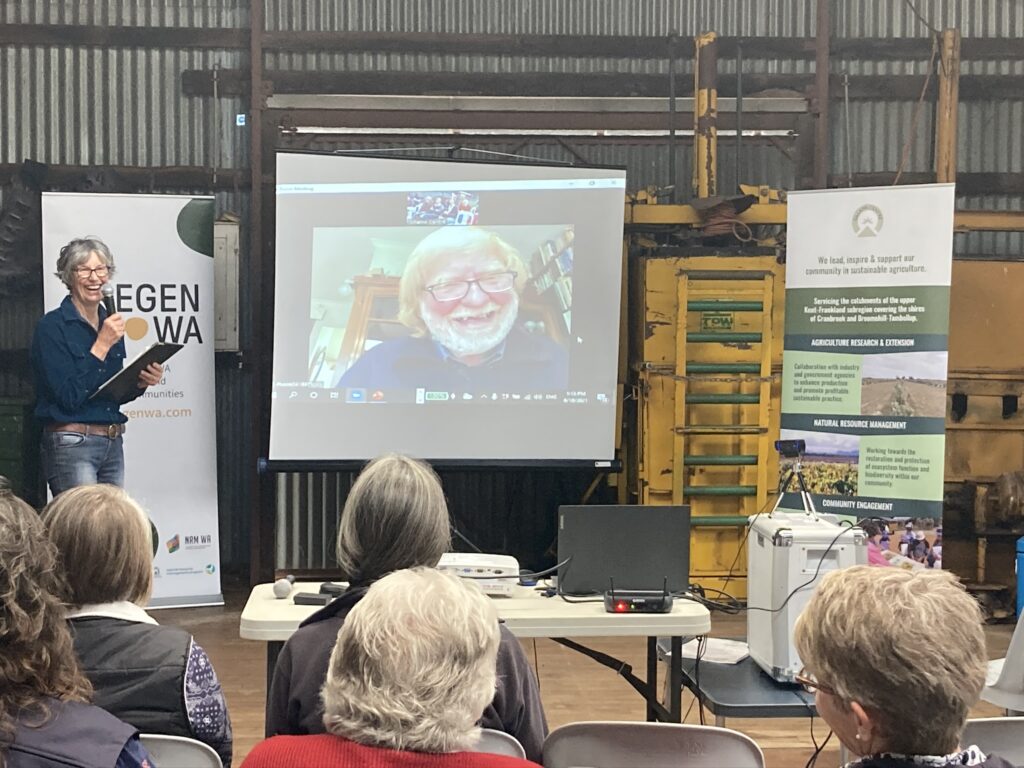 Wendy Bradshaw (left) and Walter Jehne (on Zoom) during the live interactive Q&A.